Announced on social media this morning, the San Marcos location of east side favorite Hops and Grain is permanently closed. They opened the taproom almost one year ago and started production last summer. Funds were raised for the project early on through a Wefunder campaign, where the founder Josh Hare was able to raise one million dollars for the second production facility. In the beginning, the project was fraught with difficulties including city permitting delays and installation issues, which delayed production.

The east side location remains open with no plans to cease operations. 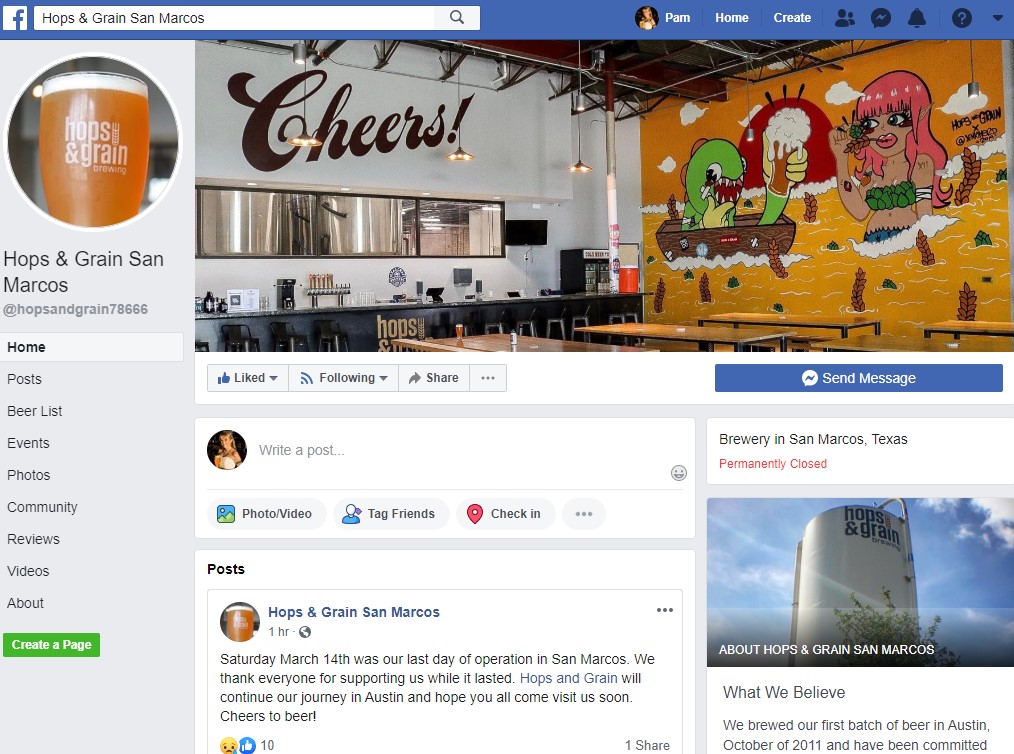