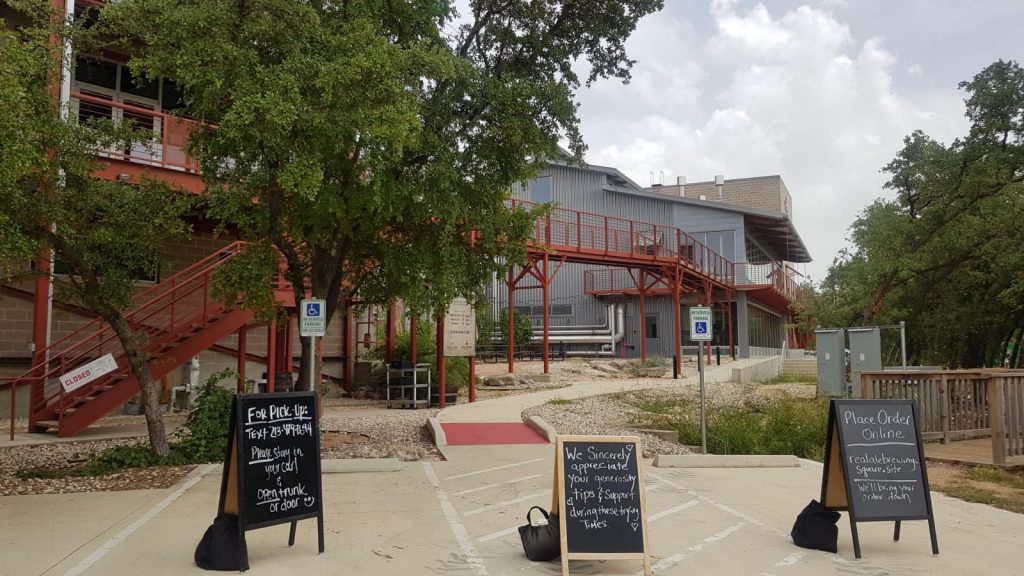 You can still snag your anniversary pack here

For beer lovers across Central Texas, the Real Ale anniversary party is an annual highlight. A phenomenal bash for a 2,000-strong crowd of thirsty Texans, the party fills the huge Real Ale ranch, located just outside Blanco. Arriving rather fresh off the boat from the UK at my first Real Ale party back in 2018, I was blown away by the sheer scale of the event, happily gobsmacked that one brewery could throw such a huge party. I quickly learned that Real Ale is a Texas institution, both large and accomplished enough to spread its wings out of state, but, for now at least, reserving its venerable output for the privilege of Lone Star residents only. At 24 years old, Real Ale has had plenty of practice at throwing the perfect brewery bash, and enough space to create what is basically a mini-festival, serving up timed special releases, tried-and-tested classics and hand-crafted cocktails made with their new in-house-distilled spirits while bands play on two stages. With plenty of shaded seating, a veritable park of food trucks, multiple water stations, and a highly efficient token system to avoid lengthy queuing, the folks at Real Ale could, in fact, teach most actual festival organizers a thing or two.
With Covid-19 calling a halt to the year’s celebrations, the lovely Real Ale folks decided to put together a special anniversary pack, enabling fans to take at least a little of the party spirit home to help get us through these tough times. While there was an undeniable feeling of sadness rolling up to the closed Real Ale taproom, the pack itself was certainly something to get excited about – four 32oz crowlers of limited-edition special release running a gamut of classic Real Ale styles plus two anniversary glasses for a mere $40. Not quite the same as a huge beery get-together, but not a bad consolation prize either.

I first sampled the Squirt Gun, a light, juicy Australian-style IPA, at last year’s Real Ale party, where I remember making short work of it, chugging down its sweet, refreshing goodness to relieve the stickiness of a hot Spring Central Texas afternoon. I chose to open this year’s Squirt Gun to pair with a super-spicy jambalaya with shrimp and alligator sausage that I was preparing – a rich, slightly sweet, and very gamey meat that required a bright n fruity foil. The Squirt Gun, rather like its name, is perfect for the heat, mediating both the searing rays of the Texas sun and the potent bite of serrano and ancho chilies. This is a great example of a beer that does a lot of things at once without getting overwhelmed – the body is soft but firm, light enough to drink with food but never insubstantial, and the mix of tropical and stone fruit hop flavors create a balanced sweetness. A medium finish allows it to linger long enough to last till the next mouthful, although sadly even a 32oz crowler eventually runs out.

A shiny-brand-new offering from the Real Ale pilot brewhouse, this is a robust, malty Pilsner gleaming with golden, aromatic hops. I suspect that being a Brit, I am the only drinker of this beer who didn’t immediately get the reference to comedy group The Lonely Island’s 2011 track of the same name and their retro-tastic T&C ensemble. After listening (and laughing a lot) to the simple but effective refrain of ‘turtleneck & chain, sippin on a light beer’, I do feel the need to point out that this beer, tasty as it is, is certainly not ‘so light you can see right through it like a ghost’ – on the contrary, it has a gorgeous honey hue to match its full-bodied texture. Weighing in at a safely crushable 4.5%, I cracked open the Turtleneck on my first ever brew-day, correctly confident that it would enhance rather than compromise the brewing experience. This is a sophisticated day-drinking beer – light but loaded with flavor, and it went down an absolute treat. I didn’t do the full turtleneck & chain look myself, but if you can pull it off then why the heck not?!

Like many venerable breweries, Real Ale likes to mix it up with their anniversary brews, and it’s always a surprise to see what each year’s release will be. I would say that they have kept it simple with a Double IPA this year, but the mighty combination of seven different hops in this brew is anything but. An initial hit of big, bold, bitter-citrus hops is followed by a dense, sticky-resin finish and a boozy weight that sneaks up on you unexpectedly. We paired this hefty brew with cinnamon-sugar Graham Crackers, which offset the heaviness nicely and made for an extremely moreish combo indeed. While this wasn’t my favorite Real Ale anniversary beer, it’s still a distinctly quaffable and notably potent brew to celebrate with, and 2020 is all about making the best of things, right? 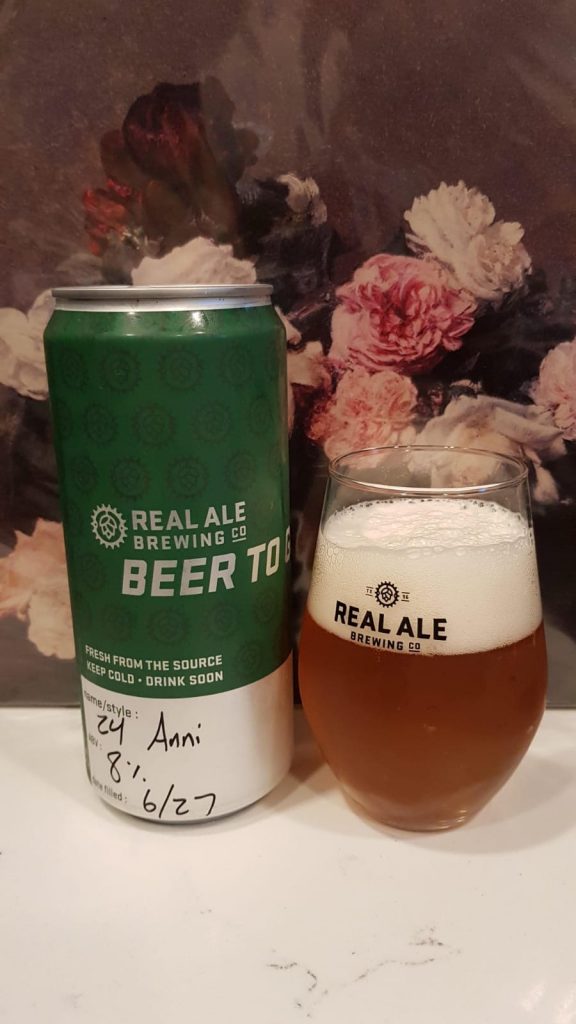 Part of Real Ale’s hallowed Mysterium Verum small-batch series, the Four Horsemen is a deep, dark delight. Aged for 6 months in a mix of new American oak and charred spirit barrels, this year’s edition is even more smoky and rich than previous incarnations, heavy on chewy fig, leather, and wood. At 10.5%, this is a big, boozy brew, so we saved it to share with friends on the 4th of July and it went down beautifully as a post-roast-chicken digestif. Real Ale is at their absolute finest with their Mysterium Verum series, all gorgeous, barrel-aged beers, carefully crafted to develop complex flavors, and this sumptuous, velvety Black Quad is no exception, and has to be my favorite of the pack.

While I can’t wait to return to Real Ale in happier times and party the day away from celebrating many happy, beery returns, this pack was a lovely idea, offering some new and limited brews at an accessible price-point to keep our home-drinking varied and interesting as we shuffle into our fourth month of social restrictions. Thanks, Real Ale, and happy birthday!

Ruvani de Silva (she/her) is a travel-loving beer writer with bylines including Good Beer Hunting, PorchDrinking, Beer Is For Everyone, Texas Highways and VinePair. She writes about beer in Central Texas and beyond, and is a vocal advocate for diversity, equality and inclusion in beer. Ruvani has been recognised as one of Good Beer Hunting's 2021 Signifiers and Highly Commended by the British Guild of Beer Writers in their 2021 Awards Best Beer Writer, National Media category. As a British South Asian woman living in Texas, Ruvani brings a unique voice to the world of craft beer. She is also the founder of #SouthAsianBeerClub. Find her on Twitter and Instagram as @amethyst_heels, and read her articles at CraftBeerAmethyst.com.