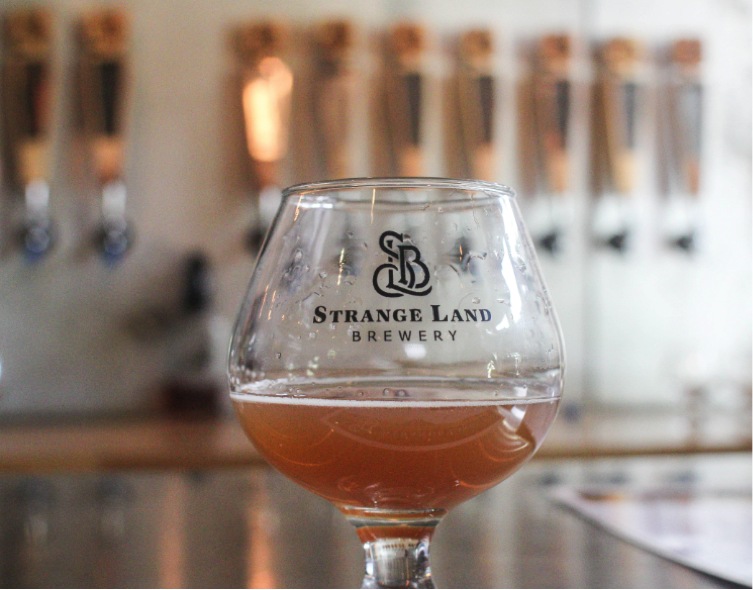 Currently open for business off Bee Cave and 360 behind Hat Creek Burger.

Andrew Schwab and I have teamed up to bring you brewery profiles from the Austin area. The intent of this series is to give you the inside scoop on who these breweries are, what makes them different, and to provide you with all the beer-nerd specifics. Our second profile in this series is Strange Land Brewery.

The People
Roots. History. Tradition. These are the first words that you will see on Strange Land’s website and they absolutely reflect the philosophy of the brewery.

Founders Adam Blumenshein and Tim Klatt are passionate about following a traditional approach to brewing that includes keg conditioning all of their beer and utilizing up to eight different strains of yeast.

To quote Adam, “No yeast was harmed in making our beer”. The two met through mutual friends, Adam a “serial entrepreneur” and Tim with a Masters in Engineering and between them they have over 20 years of brewing experience.

The name of the brewery was inspired by Signposts in a Strange Land, an essay collection by Walker Percy, and it reflects the way they look to history to orient themselves in their journey to create a superior craft beer. 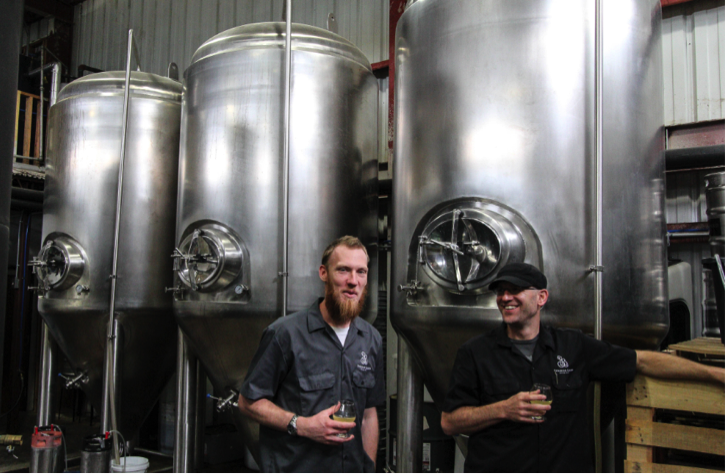 The Beers
Strange Land has four European style flagship beers along with many as eight other specialty beers on tap. The flagship include their Alemmania (Alt), Ploughshare (Saison), Entire (Porter), and Sanctum (Dubbel). Along with their flagships, their other beers range from a sour wit, a bourbon porter, to a braggot. They recently received TABC label approvals for all of their beers, so expect bottle and can conditioned beers from them in the coming months.

• Bottles are going to be released May 25th in 22 ounce bomber format.

Strange Land takes pride in that they keg condition their beer, and they have not yet found another brewery in the U.S. that does.

Adam and Tim prefer to naturally carbonate their beer because they feel it gives a better taste profile that you would not normally get from forced carbonated beer. This approach does take extra time for their beers, but it is worth it when you try one. 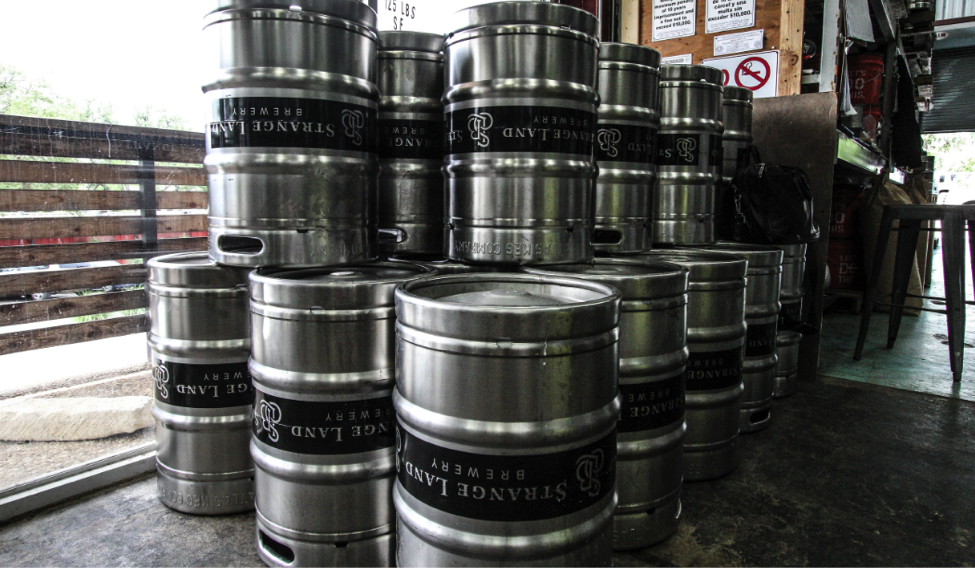 The Brewery
The two found their brewery space through Drew Grassett, founder of Hat Creek Burger and a family friend. Drew was specifically looking for a brewery to share the location on 360 and Bee Caves. They officially opened in December with limited taproom hours.

Since Strange Land Brewery opened their doors, they have had over ten beers available in their taproom!

The brewery itself is a 15bbl brewhouse. Most of their equipment is either handmade or modified using Tim’s expertise. You immediately get a feel for how hands on, meticulous and experimental they are during your first visit. The taproom has taken a more industrial approach to the look. “We want to put all of the money in the beer, not the taproom”, says Adam. It is modern looking and functional, a look that suits the brewery well.

Fermented Extras
This dynamic team takes a craft approach to everything they do. When Hat Creek decided they needed a better pickle, Adam and Tim jumped at the opportunity, started Strand Land Farms and partnered with Hat Creek to create the Hat Creek Pickle Company. You can find these naturally fermented, never cooked pickles at Hat Creek and in grocers around town such as Whole Foods.

“We brew craft saké in small batches using centuries-old techniques. We guide our saké to produce bold and crisp flavors that can be enjoyed with both Eastern & Western pairings”.

Do you see a trend a “fermentable” trend here 😉

Location: 5904 Bee Cave Road, Austin, TX 78746.
Hours: Friday and Saturday 5-9pm.
Plans to expand in the future to include Wed & Sun.
Pay Structure: Cash or credit accepted.
Kid Friendly: Not specifically; however, they partner with Hat Creek burger which has a playground.
Dog Friendly: Pets are not permitted due to health code restrictions
Parking: Shares a large lot with Hat Creek burger.
Food: Hat Creek catering menu available.
Good to know: You are going to want to try everything on the wall, so give that flight a shot.

**Come Meet & Mingle with the Owners of Strange Land Brewer while we search for Nessie on Lady Bird Lake. Beers include Ploughshare Saison & Entire Porter on draft and their Atholl Rose Scotch Whiskey Firkin!