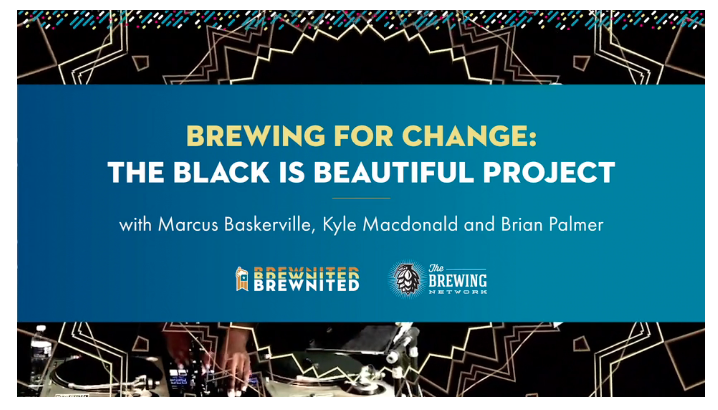 This year, the Great American Beer Festival went virtual. There was a clear focus on diversity and inclusion in this year’s tasting sessions. There were multiple segments labeled “Brewing For Change” and “Beer Culture” featuring the team from queer and women-owned Lady Justice Brewing, the team from Latino-owned Raíces Brewing Co., and focusing on Weathered Souls Brewing’s Black is Beautiful Project.

The Black is Beautiful collaboration project was started by Marcus Baskerville at Weathered Souls Brewing in San Antonio. Baskerville was featured at the Great American Beer Festival as a speaker for the segment “Brewing for Change: The Black is Beautiful Project.” Moderated by Justin Crossley, founder of The Brewing Network and the host of The Session, they were also joined by Kyle MacDonald of Hawaii’s Inu Island Ales & Brian Palmer of Claimstake Brewing Company in Rancho Cordova, California.

Watching the session was inspiring and informative. If you haven’t heard of the Black is Beautiful initiative, Baskerville, described it as a project that, “started off as a call to the craft beer community to participate in a collaborative effort supporting equality and inclusion through brewing a stout recipe that we created here at Weathered Souls. Then, donating 100% of those proceeds to charities that support inclusion, equality, and social justice.” He wanted to leave it up to the breweries to choose their local organization in order to open a dialogue and create long term relationships. The goal wasn’t just to brew the beer, donate the money, and move on.

When asked why Baskerville invited MacDonald & Palmer to participate in the conversation, he elaborated, “Brian and Kyle are very good friends of mine in the industry. I’ve done a lot of these interviews and a lot of podcasts with other black people, other people of color, and so I thought it was important to get the perspective of some of the white brewers within the industry as to why they participated, what the initiative means to them and some of the goals that they’ve set regarding it.”

Both discussed that this project was a no brainer to get on board with, recognizing that to them, it was just the right thing to do. MacDonald states, “I had to jump on board, just to be a part of a critical change in society right now. It needs to be done. And what better way to do it than brewing a beer?” Palmer continued, “This project itself has given me a different perception of what I didn’t know was reality and what is reality today. If the whole point of this beer was to open the eyes of everyone, go forward, and think about long term solutions, then this whole project has done that for me. That’s our goal… to support the black community, support Marcus, and show them that we care.”

“The beer community is pretty special I think, and I don’t know that we’ve ever seen a project quite like this,” MacDonald added. 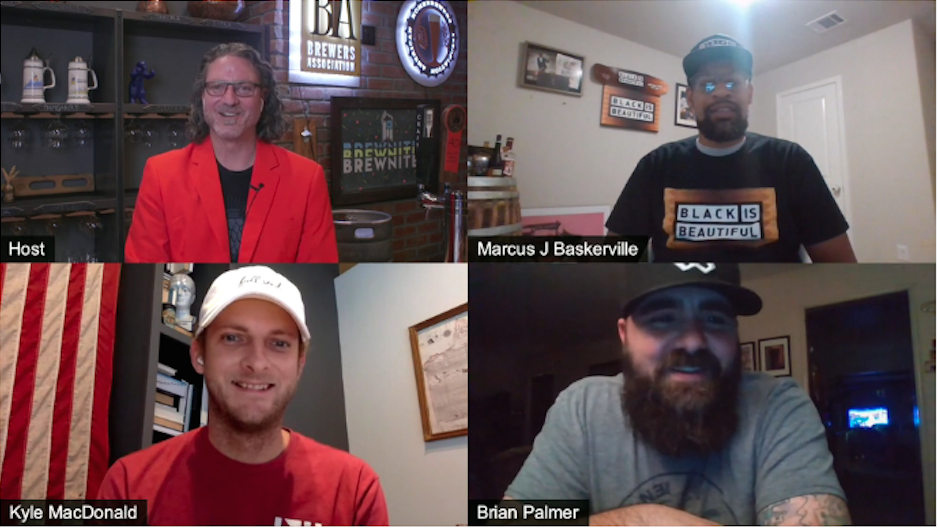 When asked how the initiative was born Baskerville told a moving story. The microcosm of a weekend trip to drop off beer that involved listening to Brionna Taylor’s mother, Tamika Palmer, being interviewed about her daughter’s murder and driving through Austin during the protests led him to want to do something.

Pointing out that he’s an introverted person, he said, “I’m not really the type I guess to want to participate in a protest, so I had to figure out a way to involve myself and be proud of myself as a black male… We’re at a prolific point in history, dealing with social justice and equality. We look at some of the political things that are going on currently, and I felt compelled that I had to do something. I had to use the platform that I had. I didn’t want to look back, 20 years from now, or my children look back within history and look at this time and they’re like, ‘What was daddy doing?’ He talked with Jeff Stuffings at Jester King Brewery about his plans to make a beer to fight injustice. Stuffings encouraged him to think even bigger and turn it into a collaboration. Baskerville agreed it was a wonderful idea to extend the offer to any breweries that felt compelled to join. 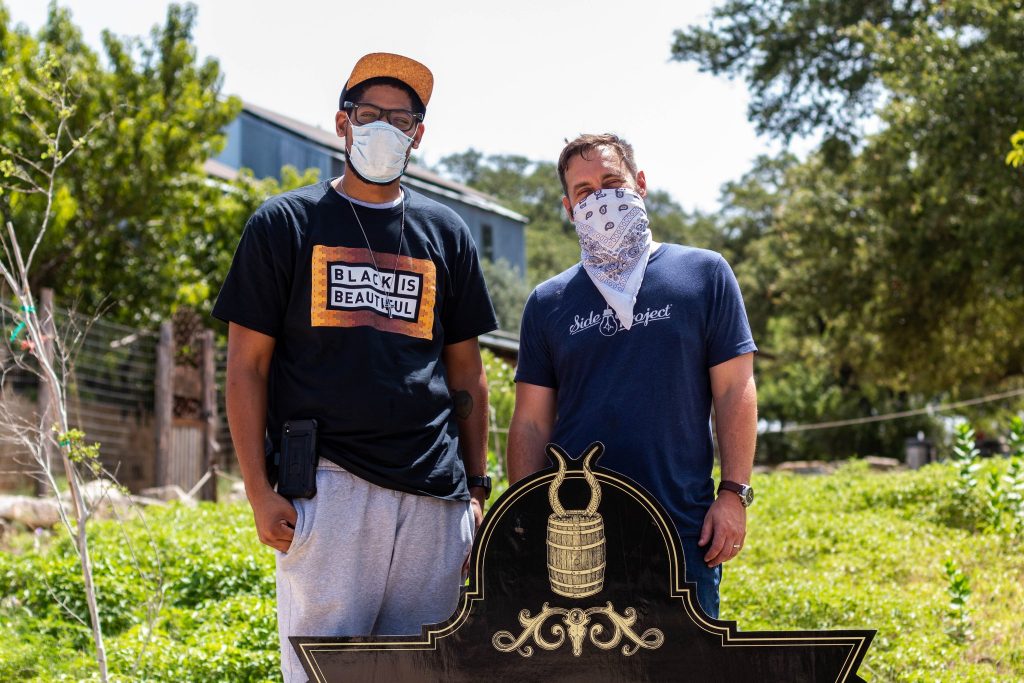 Baskerville and his team had initially expected to get around 250 breweries or so on board. Their predictions have been completely exceeded as the participating numbers continue to rise worldwide. So far, there are almost 1,180 breweries signed on. What’s even more amazing is the project has transcended beyond the craft beer community. According to Baskerville, “At this point, you know, we look at the different breweries from overseas, even AB InBev brands, and then we have the distilleries and coffee roasters and wineries that are involving themselves. So we can absolutely say that this is more of a beverage industry initiative at this point.” Pretty powerful.

The brewing community has proven itself successful in supporting causes like the Other Half All Together beer created for industry professionals affected by Covid as well as the Resilience from Sierra Nevada helping to rebuild after the California wildfires. Baskerville recognizes this camaraderie saying, “the brewing industry has always been one of the industries that have supported causes and their communities in full force, and to say we’re a part of that…it’s pretty amazing.”

In conclusion, Baskerville reminds us that “we still have a long way to go.” Adding, “I mean, you look at how many breweries are in the United States alone and we haven’t cracked the surface. This initiative isn’t going anywhere. We don’t want the message to get lost. We are asking 100% of proceeds from individuals to donate and I know some breweries, especially because of COVID haven’t had the ability to do that.  But with the amount of sponsors that are behind it, with the amount of partners that have been involved to help alleviate cost, there’s no reason not to get involved. The long term commitment is important because we actually want to make change.”

If you are a brewery that would like to join the collaboration, you can sign up here. Thank you Marcus for your leadership and to all the beverage industry establishments that have joined this initiative. To see the future Austin-area releases, click here for details.